As the founder of MyCarCoach, Nick has managed to combine the holy grail of work and love by starting a business that revolves around his life-long passion - cars. Previously from a finance consultancy background, Nick dreamed of making an escape into the automotive world - MyCarCoach was that saviour! Not someone who does things by half, he had been involved in the motor trade since the tender age of 12 by sourcing cars for people and even acted as an external consultant for a new car finance start up all alongside his day job. Nick is incredibly passionate about taking the business forward into a nationally recognised business and will not rest until he changes the way people buy cars here in the UK.

Other passions in life include music, look out for his recommendations via his Twitter, world travel and good food, although rarely made by himself he hastens to add!

As a consultant for MyCarCoach, Oliver brings with him a wealth of first-hand experience of many of the latest cars out there on the market. He carries out weekly road test reviews for a number of websites, regularly attends media events and launches and has a good relationship with many manufacturers' PR departments. Oliver is also the founder of the Renault Vel Satis Owners' Club and co-founded the successful social-media-driven website simonscarspots.com. As a journalist he writes articles, news and features for various online outlets from his main blog PetroleumVitae to clients including car insurance firms and car supermarkets. Oliver is also the motoring correspondent for various business and lifestyle magazines. His particular penchant is for large cars and SUVs, but he's equally au fait with superminis. He's a very personable chap and really strives hard to go the extra mile for clients. Despite his BBC accent, Oliver (also a regular on Twitter) is a Yorkshireman by birth and now lives in Manchester. He handles the northern part of MyCarCoach's operations and specialises in used cars.

With over thirty years of experience in the motor trade, including working for both prestigious dealerships and a major online broker, Laurence is able to call upon an extensive list of contacts to give the best service to our clients. Always professional, delivering excellent customer service is always number one for Laurence which is why he fits in perfectly with us! Originally from London, he later saw the light and moved to enjoy a better life "by the sea" near Bournemouth, operating from what we like to call the 'MyCarCoach' beach-side residence.

It is a pleasure for us to introduce ourselves to you and in turn, welcome you to MyCarCoach. 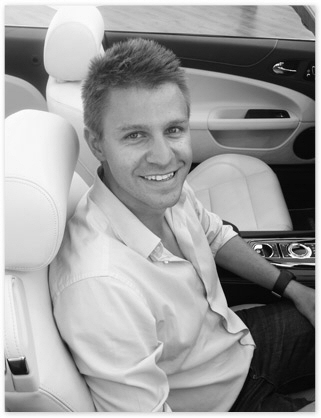 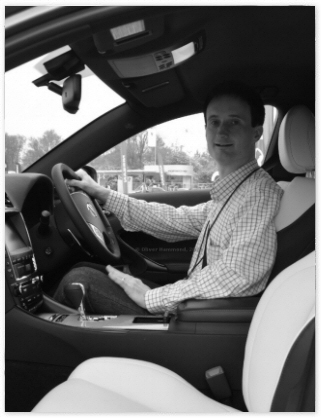