The DS4 is the second model to be launched under Citroën’s premium ‘DS’ brand after the DS3, which goes head to head with the MINI Cooper.

The DS4 is known, in the trade, as a ‘crossover’.   A “what over?!” I hear you say – a crossover which is a blend of different car styles in one. Think of the DS4 as a car that combines the sleek roofline of a coupe (traditionally a two-door car) with the practicality of a five door hatchback all finished with the raised ride height of an SUV (Sports Utility Vehicle).  Citroën refer to the DS4 as “The 5-Door High Stance Coupe”.  Now, you may understandably think that such a mash up of competing styles would end up looking like a dog’s dinner but, as you can see from the pictures, it is not half bad!

There’s a choice of either petrol or diesel engine and you can take your pick from either a manual, automatic or semi-automatic gearbox.

The test car seen here featured the 2.0 diesel model with manual transmission which, as well as offering strong pulling power (0 – 60 miles per hour in 9 seconds), still offers healthy fuel economy figures of an average 50 miles per gallon. Emissions figures are healthy too at 135 grams per kilometre giving a low annual road tax of £110.

The DS brand harks back to Citroën’s glory days of when it used to make real avant-garde cars, like the original DS which looked like it was from another world when it landed in 1956. Hence, the DS4 has to look suitably different, and it does, from the large fish mouth like grille to the chunky stance it has on the road. It looks like a large car but, in a reverse tardis way, this does not translate to the inside. That’s not to say it’s small on the inside, it’s just not as big as you thought.

The rear doors with the handles integrated into the rear pillar, continue the Coupe illusion, but they also have a sloping line to them meaning that you have to watch your head when you get in the back. Then once you’re in the back, there’s a slight disappointment when you find that the tinted rear windows don’t actually recline.  Cosy or claustrophobic, you decide!

All in all this is a car that looks suitably different and offers a touch of individuality at a price level normally associated with mass produced hatchbacks. Wake up the dullness and predictability of the school run with one of these by telling the kids in the back to pretend they’re in a police car and that’s why the dark windows don’t open! That’ll keep them amused.

Ok, so the DS4 has a very dark inside not helped by the black plastics and the lack of a panoramic glass roof option, but look beyond the black and you’ll realise that this interior is nicely made and everything works together with a precision that previously was only found in German cars. Look a little bit closer and you will also notice that there is subtle use of chrome highlights along with nice detailing like the metal pedals and instruments that glow an attractive cool blue at night which further help to lift the mood.

On that subject, whenever it takes your mood, you can tailor the DS4’s background lighting and sound alerts to suit your taste.  Remember when people used to play with their ringtones on a train, well it just got a whole lot worse!

In the front, the seats are comfortable and supportive all the better for enjoying the raised height which gives an elevated view of the cars in front.

In the back, the amount of room is ample but fixed tinted windows (privacy glass) are an oversight as there is no reason why electric windows could not have been fitted.

As alluded to earlier, in line with its premium intention, this DS4 is a major step up in quality from a normal Citroën. Everything feels solid, all the bits that you can see feel nice to the touch and all work with a nice amount of precision.

Every manufacturer is now having to make leaps in standards now as drivers demand ever more levels of quality, in the UK especially, we are very brand snobbish.  If you cannot afford a BMW or Audi just yet, you still don’t want to have to make do with lower levels of quality and this is what has driven this upward trend. in quality

This was the area that surprised me the most as despite the apparent bulk, the DS4 is an entertaining car to drive with really good handling. Turn into a corner and rather than roll and lean like a boat, the DS4 follows the cornering line so much better than you had predicted. But here’s the best part, the keen handling doesn’t mean poor ride. Citroën was always known for its exemplary levels of ride comfort but in recent times that quality had taken a back seat. Not anymore as the DS4 proves that Citroën are back on track with their trademark blend of good handling combined with a comforting ride quality.

The diesel engine is a great asset too with real strong levels of pulling power throughout the rev range; this is an enjoyable car to ‘row along’ through the six speed gearbox.  Combine this with accurate and direct steering and you have a car that really surprises you and surpasses your expectations. Look at the DS4 from the outside with its chunky styling and raised ride height and you wouldn’t believe that it could drive the way it could. Pleasantly surprising.

The DS4 has received the full five star score from the European Safety Agency, NCAP – not surprising given the level of safety equipment available. As well as the multitude of airbags and electronic safety programmes, some models will even alert the emergency services if an airbag goes off or will help to pinpoint your exact location in the event of a breakdown.

Given the stylistic nature of the design there are some compromises to be made.  For example, the boot is smaller than the standard C4 on which the DS4 is based but it is not small by any means. The inside is large and you will have no problem in getting four six footers in the car but those in the back may start to feel claustrophic after a while.

However, this being said, the DS4 will still more than adequately serve as a family car.

Citroën have previously been known for a “stack them high and sell them cheap” mentality but this is where the DS brand aims to move away from this with its premium intentions. Consequently, the DS4 is not being sold in large numbers and nor is it being heavily discounted which will help to keep second hand value firm.

The running costs on the diesel models are incredibly attractive too, over 50 miles to the gallon and £110 annual road tax is not to be sniffed at.

The DS4, in theory, sounds like it would end up being a jack of all trades and a master of known when, in actual fact, it is a crossover that works well. The styling is attractive, the interior is smart, it drives much better than expected and the running costs in diesel form will keep your inner accountant content.

If you can’t quite stomach the obvious choice of a Ford Focus or Volkswagen Golf and crave something a little bit different, this could well be for you. 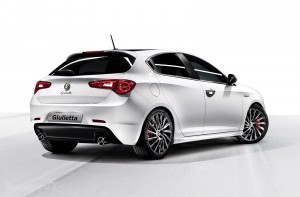 Cons: Does not have the high stance of the Citroën. 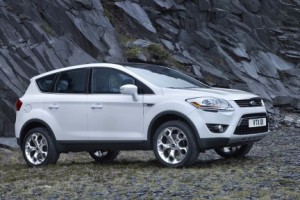 Cons: Quite a lot of road noise at speed and diesel engines can sound coarse when worked hard.

Please do contact us if you would like to discuss any of the above in greater detail or would like to enquire into purchasing options. As ever, let us be your personal guide to choosing your next car.