The previous generation Swift Sport was widely regarded as a hoot to drive offering old school thrills in an era where turbocharging and ever increasing levels of horsepower were rapidly becoming the norm. So what have Suzuki done with this new Swift model for 2012? Read on to find out.

So how does this 2012 version differ from the old one then? Well it doesn’t a great deal, but that in itwelf is a compliment as the original car was so good. But what the old car was crying out for was a six speed manual gearbox and its wish has been granted with this new 2012 version. I say “crying out for” because drive a previous generation Swift Sport on the motorway at 80 miles per hour and you will understand. The engine at that speed was screaming its head off in its top fifth gear. Fitting the new car with six gears means that driving at motorway speeds is now a much calmer event as the car cruises at less revs in sixth. Less revs means less noise and better fuel economy too!

In addition to the extra sixth gear, the design has also been tweaked – think evolutionary rather than revolutionary.  Sitting in its handsome bodywork is still a 1.6 litre engine which remains non-turbocharged and provides 136 horsepower with a 10% reduction in CO2 emissions. Lower CO2 emissions means less car tax costs.

The 2012 Suzuki Swift Sport should be renamed the ‘90’s Sport Edition’ as it sticks to an old-school format. This is no bad thing as it takes everything back to basics. Here is a car that loves to be driven hard.  It doesn’t try to show off with stupid amounts of power nor is it a stripped out road racer instead, it just gets on with delivering real world driving pleasure.

A natural rival is the MINI Cooper but it offers, for me at least, better driving thrills with all the equipment offered like Xenon headlamps, climate control, sports seats, privacy glass (rear tinted windows), keyless go (enabling you to lock/unlock the doors with key in your pocket) for a whisker under £13,500.

Other numbers? Well it will do roughly 45 miles per gallon on average and road tax is a reasonable £135.

The great thing about the styling of the Swift Sport is that it stands out without trying hard to. It’s a handsome ‘pocket rocket’ of a car with a unique alloy wheel design combined with a lowered ride height which gives it a look of meaning business.

There are neat design touches as well like the crease in the metal that runs along the side profile of the car neatly integrating into the rear taillight. I have no idea whether the lower rear bumper treatment that incorporates a diffuser (aerodynamic aid that channels air under the car to keep it stable at speed) serves any useful function, but it looks cool so it gets my vote!

The front looks smart too with deep, darkened headlights featuring chrome detailing and in the centre a large gaping black grille. This car does not overtly shout its sporty pretensions but it doesn’t need to, it just gets on with the job of sitting there looking pretty.

Park one next to the latest MINI and it will, in an instant, render the MINI a little staid and whisper it, common.

The best news is that Suzuki only plan to sell the Sport in limited numbers, 1,000 units in 2012 for the UK, so revel in being different and own one of these.

Get into the Swift Sport and the first thing you notice is the supportive grippy seats, no wriggling here, just a nice firm hold for your lower half from the side bolsters. They are sporty and yet incredibly comfortable.

Grip the sporty leather steering wheel that feels great in your hands, put your feet on the metal pedals that are perfectly weighted, grab the leather gear-stick which is only ever a short flick of the arm away and press the engine start button.  This is a car that you sit in and immediately want to drive, it just feels right.

Whilst on the drive you will start to appreciate the attractive layout of the dials in front of you, the handsome radio/climate control screens and the red stitching that mark this Swift out to be the flagship of the range. Again, it is not shouty and in your face but it is this smart attention to detail that mark this car out to be a special little number.

The only item the Swift Sport would benefit from is a panoramic glass roof which would add more natural illumination to what can otherwise be a dark interior.

The Swift Sport feels a quality item from the solid way in which the doors shut, the tight exterior panel gaps and an interior that never rattles and works with a solidity that reassures you that it will continue to work like this for years to come.

There is also the amount of comfort that comes from Suzuki being a Japanese brand, a country not exactly known for shoddy build quality.

This is where the little Swift Sport really shines. It is an absolute blast to drive but to focus in on its sporty drive would be to miss out on its other breadth of ability. That is its ability to be a refined, little driving companion. If you simply want to relax and enjoy a spot of “slow & steady wins the day”, it will deliver in spades.  For a sporty car, it is surprisingly quiet and, in sixth gear, will cruise at low revs, allowing an easy conversation with a friend or appreciation of your favourite piece of music.

However, when the mood takes you, the Swift Sport really steps up to the plate and delivers fun by the bucket load! Because it does not have a turbo or super charger, you have to keep your foot planted on the accelerator to get the most out of the performance on offer, but that is half the fun with a car like this. And, because it is not overly powerful, you can really enjoy its performance without getting into trouble with the boys in blue.

It is not all about outright grunt though from the engine, it is also about the way this car flies around corners. Turn the steering wheel and the nose just darts into the corner with little roll. Any bend is simply despatched with ease. For me, the stand out aspect of this car was the fabulous steering. You relish every bend in this car just so that you can attack it again and again. Smile with every turn – this is what this car is about and because the performance is real world useable you can enjoy this car to the full. Strap yourself into an Audi RS3 (super performance hatchback) and with its 335 brake horsepower, how can you realistically enjoy all of that power in the real world?! You can’t, unless you want to finish your journey in a box or in the back of a police car.

Top marks in the European Safety Agency, NCAP rating, it comes with seven airbags and the vital electronic safety aid ESP (Electronic Stability Programme). ESP reduces the risk of skidding by providing the most traction to the wheel which has the most grip and brakes the wheel which has lost it. This aids stability and stops a skid happening in its tracks.

The keyless go system is a massive boon. Imagine walking to the car with your hands full of shopping bags and then realising that you can unlock the doors of the car just by having the key fob in your pocket and by pressing the button on the handle. A modern day saviour! Having this system which previously was the preserve of only luxury cars, serves to illustrate how well specified the Swift Sport is.

There is a lot of room inside too both in the front and in the back, the Swift will easily accommodate four adults along with luggage given by the surprisingly big boot.

The only slight issue is that the rear boot has quite a high lip, meaning that to fill it you have to first lift the objects high over the rear bumper to load it in. Not the biggest issue in the world it has to be said.

An enticing proposition when you look at the sheer level of enjoyment you get from the car, the high specification that comes as standard and all for an attractive price of £13,499. Specify an equivalent MINI and there will be a substantial price difference.

The Swift Sport will be a rare sight too on UK roads which will help to keep second hand values high.

Fuel economy is better now too with the addition of an extra sixth gear easily giving 45 miles per gallon on a long journey.

The biggest compliment that I can give to this car is that I really missed it once my week long review had finished. The Swift Sport goes back to old fashioned feel good basics in making you grin from ear to ear when driving; useable performance combined with superb cornering ability. And yet, when you need it to be, it settles down and becomes the consummate refined cruiser. Top marks Suzuki.

The Swift Sport, “The Fun Factor”. 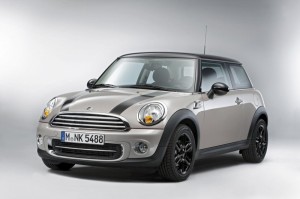 Cons: Expensive when you start to add options. 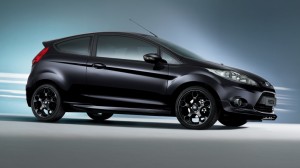 Cons: Expensive compared to the Suzuki.

A thank you to the Suzuki Press Office for the loan of this Swift Sport. Please do contact us if you would like to discuss any of the above in greater detail or would like to enquire into purchasing options. As ever, let us be your personal guide to choosing your next car.